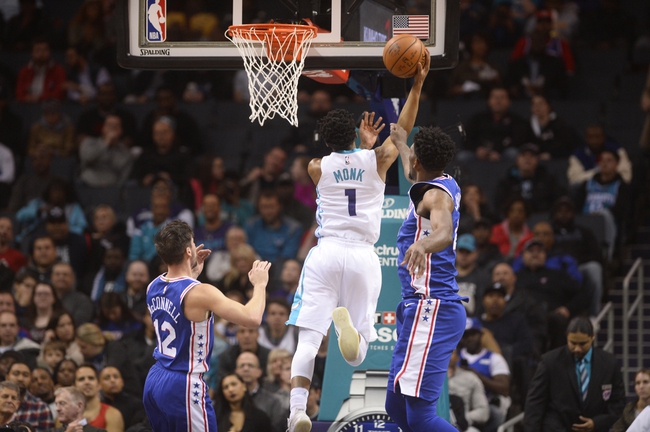 The Charlotte Hornets and Philadelphia 76ers meet Monday in NBA action at the Wells Fargo Center.

This is a lot of points to lay with a Philadelphia 76ers squad that continues to go through stretches where they play bad basketball. But the Charlotte Hornets aren't a good basketball team, as the losses are piling up, and they're allowing 49.5 percent shooting in their last five games. The Philadelphia 76ers have also played their best ball by far at home this season and have covered 10 of their last 13 home games. There's better options on the board, but if forced to pick, the 76ers should cruise in this contest.