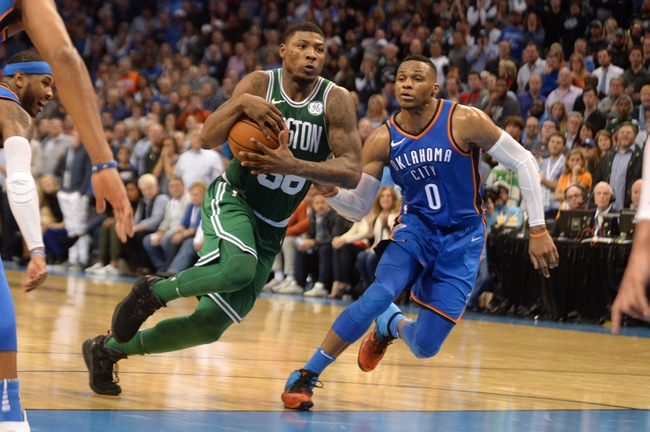 The Oklahoma City Thunder and Boston Celtics meet Tuesday in NBA action at the TD Garden.

The Oklahoma City Thunder are playing some of their most consistent ball of the season and need to keep winning if they hope to earn the third seed in the West. The Boston Celtics have little value betting wise until they get healthy, as they're missing a lot of key guys and simply aren't a good team without Kyrie leading the way. I'll eat the small line with OKC on the road.