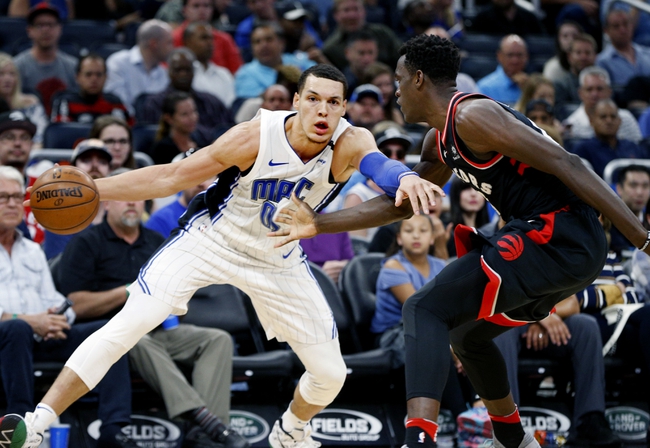 The Toronto Raptors invade the Amway Center to take on the Orlando Magic on Tuesday night.

The Toronto Raptors have been in red-hot form but they will be looking to bounce back after having their 11-game win streak snapped by the Thunder in a 132-125 home loss on Sunday. DeMar DeRozan led the team with 24 points and five assists, Kyle Lowry added 22 points with 10 assists while CJ Miles and Dorrell Wright each scored 15 points. As a team, the Raptors shot healthy numbers of 56 percent from the field and 15 of 30 from the three-point line but they couldn’t stop the Thunder’s Russell Westbrook who went on a personal 10-0 run in the fourth quarter to steal the game late. With the loss, Toronto dropped to 52-18 overall and 29-6 at home.

Meanwhile, the Orlando Magic have been in a real slump as they’ve lost six of their last seven games and they will be hoping to bounce back after falling to the shorthanded Celtics in a 92-83 home loss on Friday. Shelvin Mack led the team with 16 points off the bench, Jonathan Simmons and DJ Augustin scored 13 points each while Nikola Vucevic chipped in with 12 points. As a team, the Magic shot 39 percent from the field and a miserable five of 28 from the three-point line which simply wasn’t enough offense to hang with the Celtics who dominated the game to lead by as many as 24 points early in the third quarter before the Magic rallied late to keep the final score respectable. With the loss, Orlando dropped to 21-49 overall and 14-19 at home.

It’s been a while since the Raptors had to bounce back from a loss, but they will be itching to get back on the court after falling to the Thunder in controversial fashion on Sunday. However, while the Magic have little to play for at this stage of the season, they will come into this one well-rested as they haven’t played since Friday. With that being said, the Raptors have covered in seven of their last eight road games and I think that trend continues tonight as the Raptors bounce back with a double-digit win in this one.