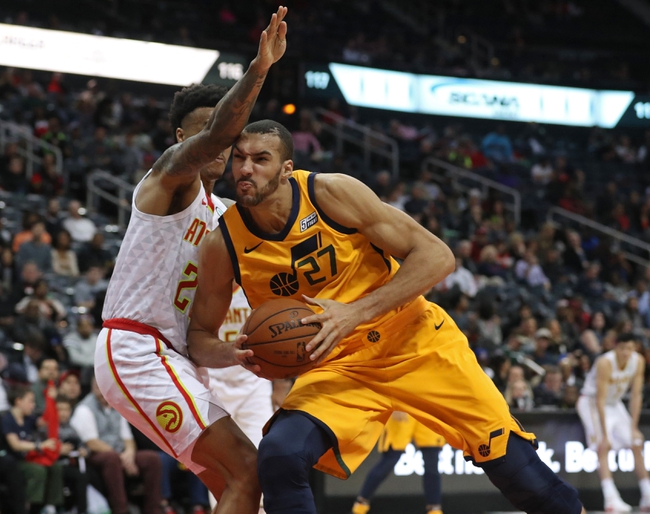 The Utah Jazz play host to the Atlanta Hawks at the Vivint Smart Home Arena on Tuesday night.

The Atlanta Hawks have really struggled for consistency as they’ve lost 11 of their last 13 games and they will be hoping to put an end to a six-game losing streak after falling to the Bucks in a 122-117 road loss on Saturday. Taurean Prince led the team with 28 points on 13 of 26 shooting, Dennis Schroder added 18 points with nine assists while John Collins chipped in with a double-double of 15 points with 12 rebounds. As a team, the Hawks shot 46 percent from the field and 12 of 36 from the three-point line but they really struggled for points after Schroder fouled out with 2:46 left in the game. With the loss, Atlanta dropped to 20-50 overall and 5-28 on the road where they have lost seven in a row.

Meanwhile, the Utah Jazz have been on a tear lately as they’ve won 20 of their last 22 games and they will be gunning for a 10th straight win after sneaking past the Kings in a 103-97 home win on  Saturday. Donovan Mitchell led the team with 28 points on 11 of 21 shooting, Rudy Gobert added 22 points with 13 rebounds while Joe Ingles chipped in with 14 points, seven rebounds and nine assists. As a team, the Jazz shot 44 percent from the field and six of 24 from the three-point line but free throws were actually the biggest disparity between the teams as the Jazz drained 31 of 38 while the Kings made just nine of 14 from the charity stripe. With the win, Utah improved to 40-30 overall which is currently good for fifth place in the Western Conference.

The Hawks have lost six straight with four of those losses coming by double digits, so I don’t like their chances against this red-hot Jazz team who are always tough to beat at home. The Hawks have covered in just one of their last seven games, while the Jazz have covered in six of their last seven games and I expect those trends to continue as the Jazz roll to a blowout win.