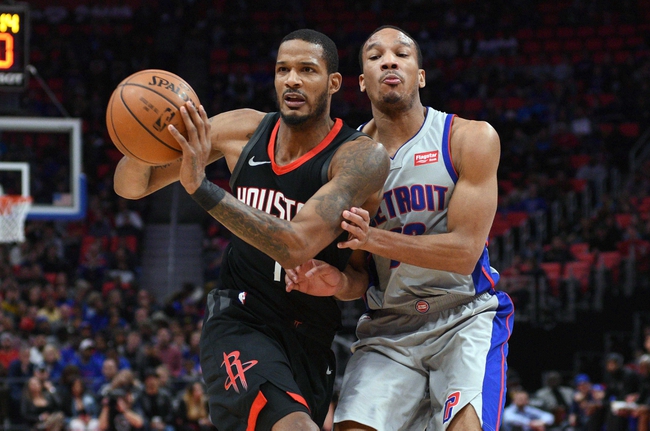 The Detroit Pistons hope to play spoiler as they visit the Houston Rockets at the Toyota center on Thursday night.

The Detroit Pistons have lost eight of their last 11 games but they will be aiming for a third straight win after blowing past the Suns in a 115-88 road win on Tuesday. Blake Griffin led the team with 26 points, nine rebounds and 10 assists, Luke Kennard added 16 points off the bench while Andre Drummond chipped in with 10 points, 10 rebounds and five blocks. As a team, the Pistons shot 44 percent from the field and 15 of 36 from the three-point line as they dominated the second half by 71-50 to make it two straight wins after beating the Kings the night before. With the win, Detroit improved to 32-39 which leaves them in ninth place in the Eastern Conference standings.

Meanwhile, the Houston Rockets have won 23 of their last 24 games and they will be gunning for a seventh straight win after escaping Portland with a 115-111 win on Tuesday. James Harden led the team with 42 points with six rebounds and seven assists, Chris Paul added 22 points with eight rebounds and six assists while Eric Gordon chipped in with 18 points off the bench. As a team, the Rockets shot 48 percent from the field and 19 of 36 from the three-point line as they wrestled with the Trailblazers all game until they pulled away in the fourth quarter on the momentum of back to back threes from Harden. With the win, Houston improved to 57-14 overall which keeps them in first place in the Western standings four games ahead of Golden State.

Head to head, the under is 11-4 in the last 15 meetings in Houston and the Pistons are 4-1 ATS in the last five meetings.

The Pistons have found a bit of form with back to back wins but those were against two of the worst teams in the league in the Kings and the Suns. The Rockets are simply on another level and they’re coming into this full of confidence after snapping the Trailblazers’ 13-game win streak. Paul is listed as questionable for Thursday with a sore hamstring, but even if he doesn’t suit up, I’m going with the Rockets to stay hot with a blowout at home.