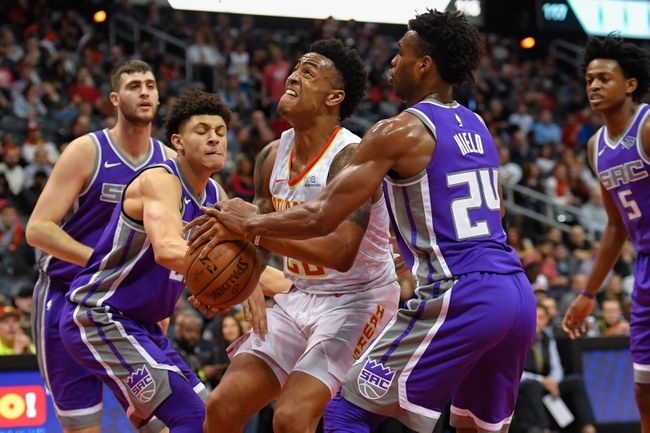 Two lottery-bound teams collide as the Atlanta Hawks take on the Sacramento Kings at the Golden 1 Center on Thursday.

The Atlanta Hawks have been in a slump as they’ve lost 11 of their last 14 games but they will actually be aiming for a second straight win after upsetting the red-hot Jazz in a 99-94 road win on Tuesday. Dennis Schroder led the team with a career-high 41 points with five rebounds and seven assists, Dewayne Dedmon added 15 points with 15 rebounds and four assists while Taurean Prince chipped in with eight points. As a team, the Hawks shot 40 percent from the field but they scrapped and held the Jazz to just 37 percent shooting to hang around until Schroder exploded for 17 points in the fourth quarter to steal the game. With the unlikely win, Atlanta improved to 21-50 overall and 6-28 on the road.

Meanwhile, the Sacramento Kings have lost four of their last six games and they will be hoping to avoid a third straight loss after falling to the Pistons in a 106-90 rout on Monday. Buddy Hield led the team with 20 points and four assists, De’Aaron Fox added 16 points with four assists while Justin Jackson chipped in with 15 points. As a team, the Kings shot 45 percent from the field as they fought hard to tie the game going into halftime, but they finished shooting just six of 23 from the three-point line which wasn’t enough to compete in the second half where they were outscored by 62-46. With the loss, Sacramento dropped to 23-49 overall and 12-23 at home.

The Hawks really haven’t been able to buy a win lately, but they really pulled a rabbit out of the hat against a red-hot Jazz team who were riding a nine-game win streak. The Kings haven’t been playing too bad lately but the way they crumbled against the slumping Pistons doesn’t fill you with confidence. This could go either way, but the Hawks are 16-5 ATS in the last 21 meetings overall and 6-2 ATS in the last eight meetings in Sacramento so I'm taking them to pull off the minor upset here.