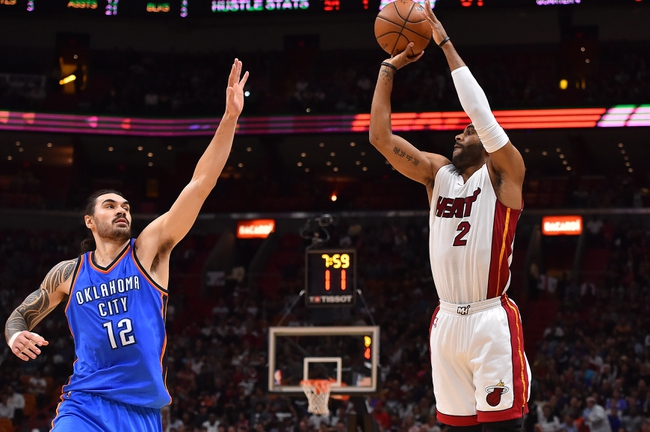 We're almost in April, and the Oklahoma City Thunder are still losing games they shouldn't and are still playing lackluster basketball, finding ways to lose. I'm not trying to lay big chalk with OKC right now, as everything with this team is like pulling teeth. The Miami Heat are still without Whiteside and Wade, but they've been playing good basketball for the most part in the second half where the offense has caught fire, averaging 115.6 points in their last five games. Also, six of the Heats last seven losses have been decided by six or less points. I'll take the points with the Miami Heat on the road.