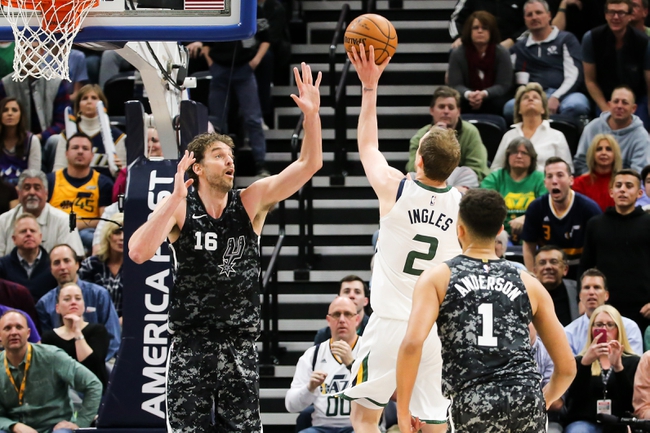 The Utah Jazz and San Antonio Spurs meet Friday in NBA action at the AT&T Center.

The Utah Jazz have another one of their crazy stretches going, and they haven't lost on the road in ages. However, the San Antonio Spurs are also starting to heat up down the stretch, and they've won six straight at home. The Spurs are outscoring teams by 15.8 points and allowing just 41 percent shooting in their last five games. Those are good numbers to have when facing a team on the end of a back to back. It's tough to turn down the free bucket with how hot the Jazz are, but I'm going to back the Spurs and the small line at home. The San Antonio Spurs are starting to put things together despite not having their best player.