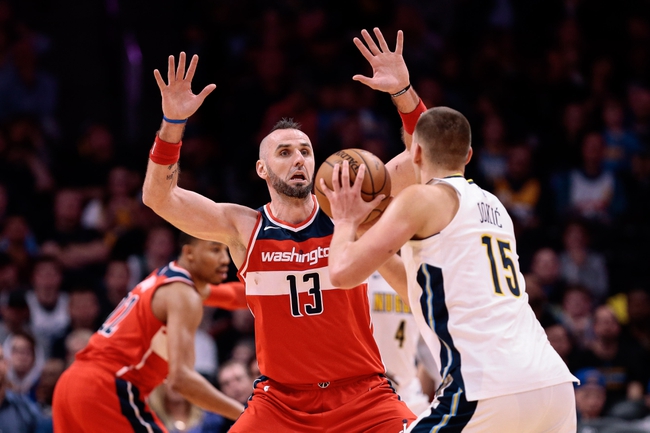 The Denver Nuggets and the Washington Wizards duke it out at the Capital One Arena on Friday night.

The Denver Nuggets have won four of their last seven games and they were able to arrest a two-game slide with a 135-102 road win at Chicago on Wednesday. Paul Millsap led the team in scoring with 22 points on eight of nine shooting, Nikola Jokic racked up 21 points with seven rebounds and five assists, Wilson Chandler scored 19 points while Will Barton and Jamal Murray each scored 16 points. As a team, the Nuggets shot a sizzling 61 percent from the field and 20 of 35 from the three-point line as they dominated the first half by 77-46 and led by as many as 46 points before easing off in the fourth quarter. With the dominant win, Denver improved to 39-33 overall which is good for ninth place in the Western Conference standings.

Meanwhile, the Washington Wizards had won four of six and they were aiming for a third straight win before falling to the Spurs in a 98-90 road loss on Wednesday. Bradley Beal led the team with 21 points on nine of 13 shooting, Kelly Oubre Jr. also had himself 21 points off the bench while Otto Porter Jr. chipped in with 12 points and four assists. As a team, the Wizards shot 42 percent from the field and eight of 25 from the three-point line but nobody could stop the LaMarcus Aldridge who fuelled the Spurs with 27 points as they ran away in the third quarter. With the loss, Washington dropped to 40-31 overall which is currently good for sixth place in the Eastern Conference standings.

The Nuggets have been a little below their best lately but they did blow out the Bulls in their last outing and need to keep winning to stay in the race for the eighth seed in the Western Conference. The Wizards haven’t been too bad as they were on a nice little run before having their momentum halted by the Spurs on Wednesday. The Wizards have covered in five of the last six meetings at home against the Nuggets who continue to struggle on the road, so I’m taking the Wizards to come out on top with a win and cover in this one.