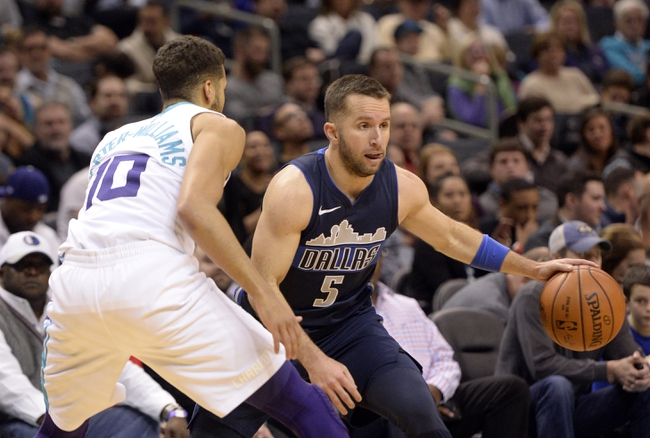 The Dallas Mavericks play host to the Charlotte Hornets at the American Airlines Center on Saturday night.

The Charlotte Hornets have lost eight of their last 12 games but they will be aiming for a third straight win after blowing past the hapless Grizzlies in a 140-79 rout on Thursday. Kemba Walker drained a career-best 10 three-pointers to lead the team with 46 points, Marvin Williams added 15 points while Jeremy Lamb chipped in with 12 points, nine rebounds and six assists. As a team, the Hornets shot 53 percent from the field and 19 of 40 from the three-point line as they ambushed the Grizzlies from the tipoff and led by 37-14 after the first quarter before cruising the rest of the way. With the massive win, Charlotte improved to 32-41 overall and 20-17 at home.

Meanwhile, the Dallas Mavericks have lost 12 of their last 16 games and they will be hoping to snap a four-game skid after falling to the Jazz in a 119-112 loss on Thursday. JJ Barea led the team with 23 points and eight assists, Harrison Barnes added 21 points while Yogi Ferrell chipped in with 20 points off the bench. As a team, the Mavericks shot 49 percent from the field and 17 of 32 from the three-point line but they just couldn't get enough stops after falling behind by 15 points heading into the fourth quarter. With the loss, Dallas dropped to 22-50 overall and 14-23 at home.