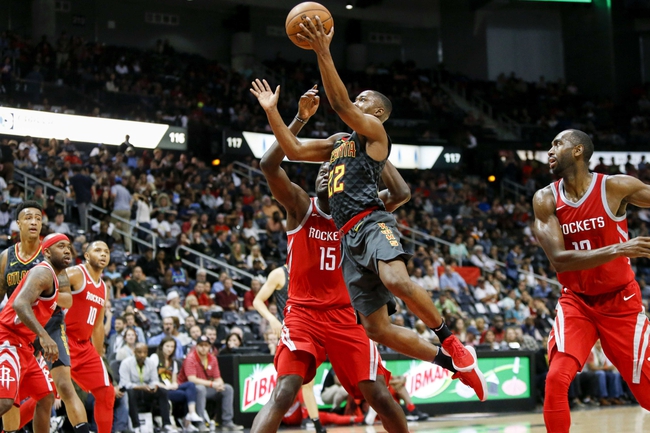 The Atlanta Hawks and Houston Rockets meet Sunday in NBA action at the Toyota Center.

It's no secret the Houston Rockets are the better team here and could mop the floor with the Atlanta Hawks if they truly wanted to. However, the Rockets are on the end of a back to back, have a banged up CP3, and just what will they get out of pouring it on one of the worst teams in the league? Also, the Rockets are just 7-15 ATS this season when a double-digit favorite and the Hawks are 7-4 ATS this season when a double-digit underdog. There's better options out there, but if forced to pick, I'd side with the points.