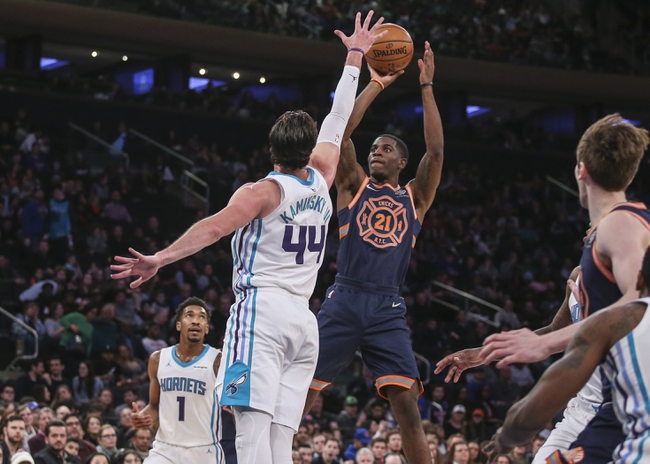 The New York Knicks and Charlotte Hornets meet Monday in NBA action at the Spectrum Center.

I know the Charlotte Hornets are playing some decent basketball the last week or so, but they're still not a good basketball team and shouldn't be laying big chalk to anybody. In fact, the Hornets are just 1-3 ATS this season when a favorite of at least nine points. The New York Knicks are obviously bad as well and shouldn't even be trying to win at this point in the season, but they've covered five of their last six and are fresh off an outright win over the Washington Wizards. I have to take the points in a battle between two bad teams.