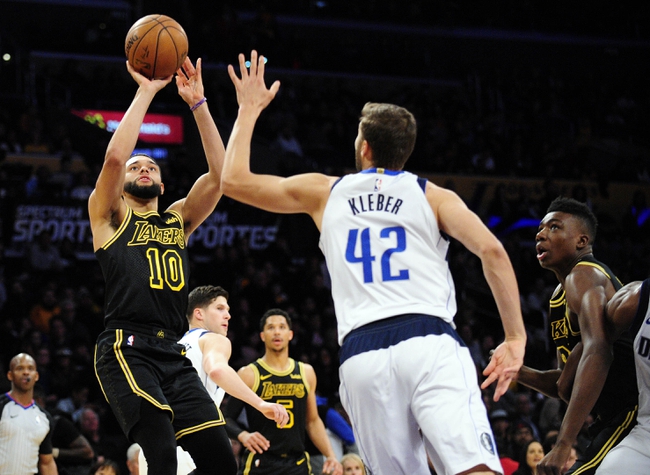 The Dallas Mavericks and Los Angeles Lakers meet Wednesday in NBA action at the Staples Center.

The Dallas Mavericks are coming off a win Tuesday over the Sacramento Kings, but that doesn't move the needle for me given that both clubs are tanking. The Los Angeles Lakers should also be tanking, but they've caught fire at home in the second half and seem to be enjoying the victories as it builds positive vibes and confidence heading into next season. With a young Lakers squad that pushes the pace against tired legs and an older Mavs team, this game heavily favors the Lakers at home. I'll eat the chalk in this spot.