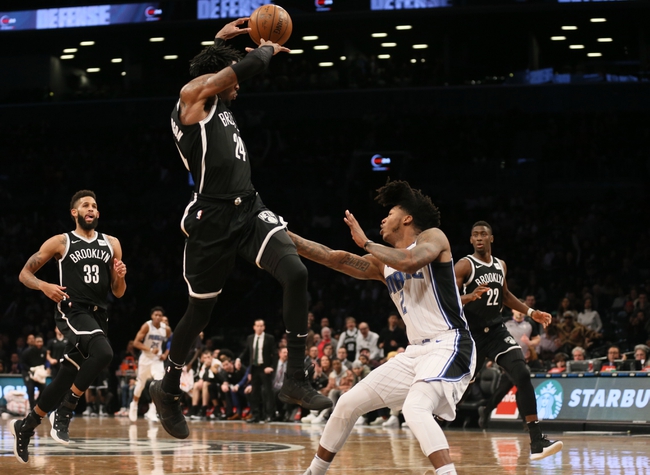 The Orlando Magic play host to the Brooklyn Nets at the Amway Center on Wednesday night.

The Brooklyn Nets have lost 18 of their past 22 games and they will be looking to put a halt to a three-game skid after falling to the Cavaliers in a 121-114 loss on Sunday. Joe Harris led the team with 30 points on 11 of 14 shooting off the bench, DeMarre Carroll added 18 points with five assists while Spencer Dinwiddie chipped in with 16 points. As a team, the Nets shot 45 percent from the field and 17 of 37 from the three-point line as they really took it to the Cavaliers for three tightly contested quarters until the Cavaliers outscored them by 34-25 in the fourth quarter to escape with the win. With the loss, Brooklyn dropped to 23-51 overall and 14-25 at home.

Meanwhile, the Orlando Magic have been in a slump themselves as they’ve lost eight of their last 10 games but they will be feeling a little better after snapping a three-game skid with a 105-99 home win over the Suns on Saturday. Aaron Gordon led the team with 29 points, 11 rebounds and eight assists, Nikola Vucevic added 24 points while DJ Augustin flirted with a triple-double as he racked up 15 points with nine rebounds and 10 assists. As a team, the Magic shot 44 percent from the field and 11 of 30 from the three-point line but they had to rally in the second half after scoring just 12 points in the second quarter to fall behind by six points going into the half. With the win, Orlando improved to 22-51 overall and 15-21 at home.

The Nets have been in terrible shape as they’ve lost 18 of their last 22 games but they didn’t look too bad on Sunday as they stuck with the in-form Cavaliers from start to finish despite just 12 points from D’Angelo Russell who was plagued with foul trouble. The Magic have been just as bad as the Nets as they’ve lost eight of their last 10 and they weren’t too convincing in their narrow win over the shorthanded Suns on Saturday. This one is a real coin flip but Nets are 5-0 ATS in their last five road games and 4-1-1 ATS in the last six meetings against the Magic. I expect those trends to continue as the Nets come away with the win in this one.