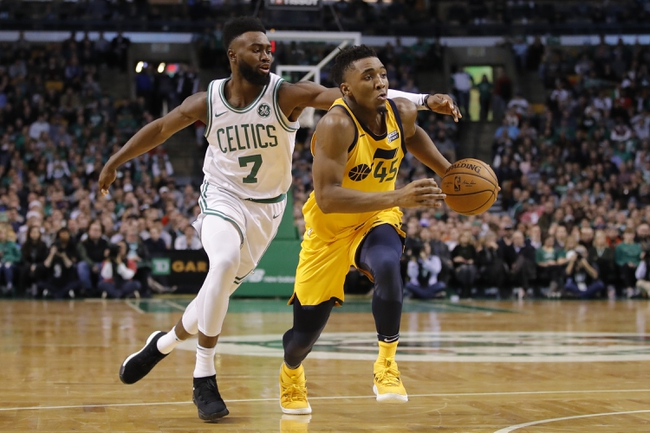 The Boston Celtics and the Utah Jazz duke it out at the Vivint Smart Home Arena on Wednesday night.

The Boston Celtics have been in rock-solid form as they’ve won 11 of their past 15 games and they will be gunning for a fifth straight win after taking down the Suns with a 102-94 road win on Monday. Jayson Tatum led the team with 23 points, Marcus Morris added 20 points off the bench while Al Horford chipped in with 19 points, nine rebounds and seven assists. As a team, the Celtics shot 42 percent from the field and 14 of 29 from the three-point line as they held on for the narrow win after squandering a 19-point second quarter lead. With the win, Boston improved to 51-23 overall which leaves them three games behind the first-placed Toronto in the Eastern Conference.

Meanwhile, the Utah Jazz have been in great form as they’ve won 21 of their last 25 games and they will be looking to stay hot after taking down the shorthanded Warriors in a 110-91 road win on Sunday. Donovan Mitchell led the team with 21 points and six assists, Rudy Gobert added 17 points with 15 rebounds and four blocks while Joe Ingles and Jae Crowder each scored 14 points. As a team, the Jazz shot 48 percent from the field and 12 of 28 from the three-point line as they dominated the second and third quarters by 71-43 to make light work of the Warriors who were without Kevin Durant, Stephen Curry, Klay Thompson and Draymond Green. With the win, Utah improved to 42-32 overall which is currently good for seventh place in the Western Conference.

Head to head, the over is 6-1 in the last seven meetings in Utah and the Celtics are 9-3-2 ATS in the last 14 meetings overall.

The Celtics have been in great form despite missing their leader in Kyrie Irving and they will be feeling good after cruising past the lowly Suns on Monday, but the Jazz have quietly been one of the best teams in the league for a while now and they haven’t played since their win over the Warrsiors on Sunday. These teams last met on Dec 15 and it was the Jazz who won by 107-95 on the road. The Jazz need this win more than the Celtics and they will be well-rested as they’ve enjoyed plenty of rest at home as they haven’t played since Sunday, so that’s where I’m leaning in this one.