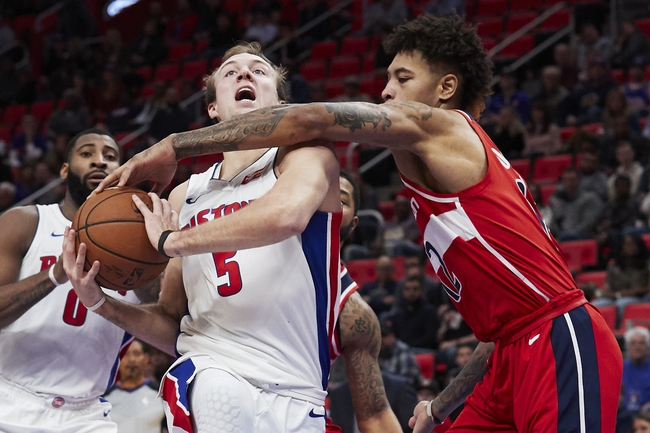 The Washington Wizards and Detroit Pistons meet Thursday in NBA action at the Little Caesars Arena.

I'm still not sure John Wall is going to make his return here, but even if he doesn't, the Washington Wizards have won eight of the last 10 meetings against the Detroit Pistons. The Pistons have done a better job the last couple of weeks, but they're still pretty much dead as far as playoffs are concerned and the defense hasn't been good at home. The Washington Wizards are the better basketball team and are still fighting for seeding in the tight East. Without Wall or not, the Wizards should win this game.