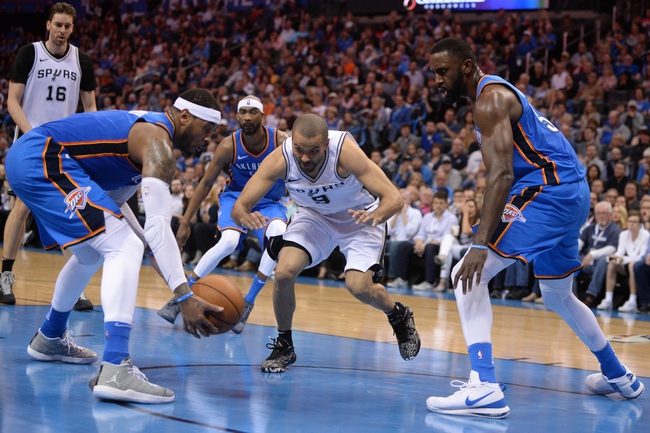 It's hard to make this pick without knowing if LaMarcus Aldridge is going to play, but given the line, I'm assuming he won't. The Oklahoma City Thunder are one of the more incosnsitent teams in the league and you're never sure which team is going to show up, however, they have won six of the last nine meetings against the Spurs and have the offensive firepower to bury them again without Aldridge. The Spurs are old, and very limited offensively as it is. I'll take OKC and lay the bucket assuming San Antonio doesn't have its best big man.