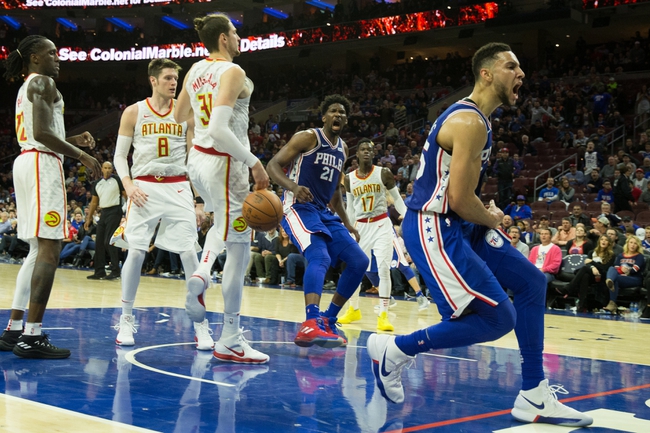 The Philadelphia 76ers and Atlanta Hawks meet Friday in NBA action at the Philips Arena.

The Philadelphia 76ers will be without their top player for this game, but I'm not sure that matters. The Atlanta Hawks have been in full tank mode the last couple months and are being outscored by 10.6 points in their last five games. The 76ers are outscoring teams by 16.4 points in their last five games and are shooting 49.1 percent from the field. I'm not backing the Hawks, a team that's not even trying to win at this point.