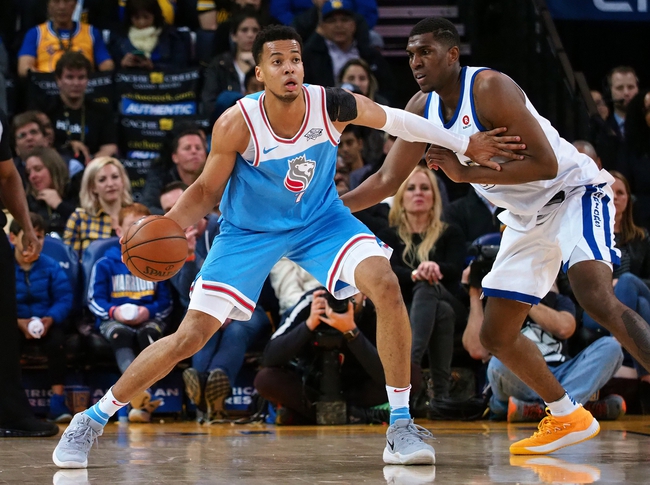 The Golden State Warriors pay a visit to the Golden 1 Center to take on the Sacramento Kings on Saturday night.

The Golden State Warriors have been in a bit of a rut as they’ve lost seven of their past 10 games and they will be hoping to snap a three-game skid after falling to the Bucks in a 116-107 home loss on Thursday. Quinn Cook led the team with 30 points on 12 of 15 shooting, JaVale McGee added 12 points while Draymond Green chipped in with 11 points and six assists. As a team, the Warriors shot a healthy 54 percent from the field and 10 of 20 from the three-point line but they committed a total of 18 turnovers and were totally out of sorts after Durant was ejected in the second quarter. With the loss, Golden State fell to 54-21 overall which is good for second place in the Western Conference standings.

Meanwhile, the Sacramento Kings have been in rough shape themselves as they’ve lost five of their last six games and they will be aiming to snap a three-game skid after falling the Pacers in a 106-103 home loss on Thursday. Bogdan Bogdanovic led the team with 21 points on eight of 15 shooting, Buddy Hield added 20 points off the bench while Willie Cauley-Stein chipped in with 19 points and five assists. As a team, the Kings shot 53 percent from the field and 13 of 31 from the three-point line but they just had no answer for the Pacers’ Victor Oladipo who scored 13 of his 24 points in the fourth quarter. With the loss, Sacramento fell to 24-52 overall and 13-26 at home.

Klay Thompson has been listed as probable for Saturday's matchup as he deals with a right thumb injury while Stephen Curry is out with that knee injury so the onus is on Durant to carry most of the scoring load. Fortuntately, Durant shouldn't have much trouble putting up numbers against one of the league's worst defensive teams in the Kings, but it doesn't quite guarantee victory for the Warriors who have been going through their worst slump of the season. The Kings have actually won two of three meetings against the Warriors this season and they are 5-2 ATS in the last seven meetings overall, so I'm reluctantly taking the Kings with the points at home in this one.