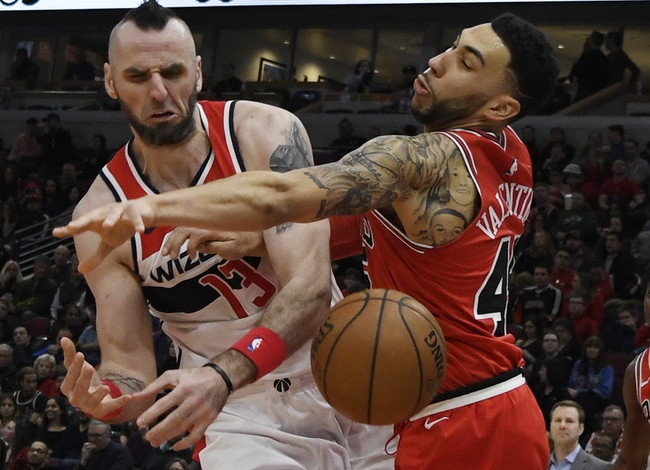 The Washington Wizards and Chicago Bulls meet Sunday in NBA action at the United Center.

The Chicago Bulls are in full tank mode, as they're not putting out an NBA roster these days and have been getting rocked the last couple of weeks, failing to cover these big numbers. The Washington Wizards are on the end of a back to back, but they got John Wall back in the mix and are fresh off a healthy 14-point win over the Charlotte Hornets. With a healthy and motivated Wizards squad against a Chicago Bulls team that's counting the days until the offeseason, the road team should run away with this contest.