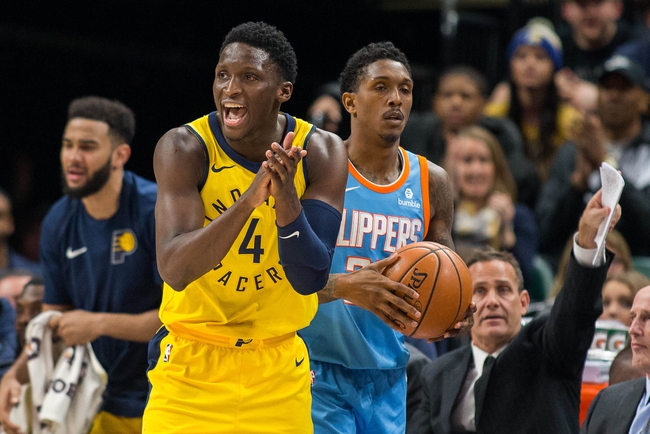 The Indiana Pacers and the Los Angeles Clippers duke it out at the STAPLES Center on Sunday afternoon.

The Indiana Pacers have been in great form as they’ve won five of their last six games and they will be aiming for a fifth straight win after sneaking past the Kings in a 106-103 road win on Thursday. Bojan Bogdanovic led the team with 25 points, Victor Oladipo added 24 points on nine of 14 shooting while Thaddeus Young chipped in with 18 points. As a team, the Pacers shot 50 percent from the field and eight of 26 from the three-point line but they really had to scrap till the end against the pesky Kings who led by five points at halftime. With the win, Indiana improved to 45-31 overall which is currently good for fifth place in the Eastern Conference standings.

Meanwhile, the Los Angeles Clippers have won four of their last six games but they will be looking to bounce back after falling to the Trailblazers in a 105-96 road loss on Friday. Jusuf Nurkic led the team with 21 points, 12 rebounds and four blocks, Damian Lillard added 17 points and 11 assists in his return from a one-game absence while CJ McCollum chipped in with 13 points. As a team, the Trailblazers jumped out of the gates to lead by 64-49 at halftime before putting the game out of reach in the third quarter. With the win, Portland improved to 47-29 overall which is currently good for third place in the Western Conference.

The Pacers have really hit a nice patch of form with four straight wins which started with a win over the Clippers back last Friday. The Clippers have been in decent form themselves but they are just 4-9 ATS in their last 13 home games. The Pacers are 5-1 ATS in the last six meetings and 5-0 ATS in the last five meetings in LA. I expect both those trends to continue as the Pacers come away with the narrow road win in this one.