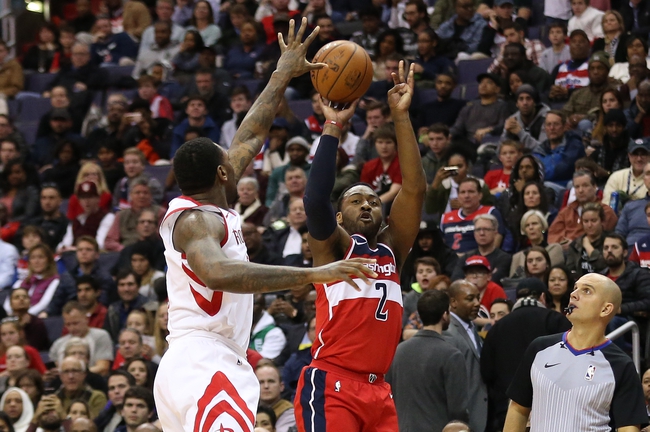 The Washington Wizards and Houston Rockets meet Tuesday in NBA action at the Toyota Center.

The Washington Wizards just lost to the Chicago Bulls and continue to play this inconsistent basketball, so even with Wall back, I'm not trusting this squad. The Houston Rockets continue to be the best team in the league, haven't lost a home game in about three months and are outscoring teams by 9.8 points at home this season overall. Chris Paul is expected to return for this contest, and you know the Rockets will be focused for a rebound performance after getting waxed by the Spurs on Sunday. The Rockets are also 15-8 ATS this season when favored anywhere between 6 and 8.5 points. Give me the Rockets and the reasonable line.