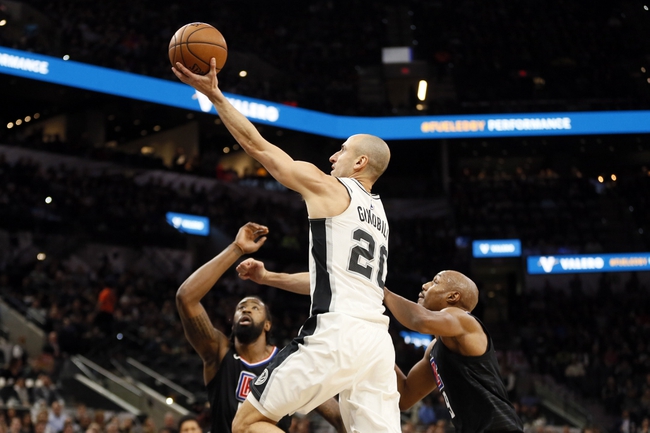 The San Antonio Spurs and the Los Angeles Clippers duke it out at the STAPLES Center on Tuesday night.

The San Antonio Spurs have been on a nice run as they’ve won eight of their last 10 games and they will be gunning for a third straight win after beating the league-leading Rockets in a 100-83 home win on Sunday. LaMarcus Aldridge led the team with 23 points on 11 of 19 shooting, Rudy Gay added 21 points off the bench while Patty Mills chipped in with 14 points and four assists. As a team, the Spurs shot 49 percent from the field and six of 17 from the three-point line as they took full advantage of the shorthanded Rockets who were playing without their starting point guard in Chris Paul. With the important win, San Antonio improved to 45-32 overall and 31-8 at home.

Meanwhile, the Los Angeles Clippers have won four of their last seven games but they will be hoping to avoid a third straight defeat after falling to the Pacers in a 111-104 home loss on Sunday. Tobias Harris led the team with 21 points and seven assists, Lou Williams added 20 points off the bench while Montrezl Harrell and Austin Rivers added 19 and 18 points respectively. As a team, the Clippers shot 51 percent from the field and nine of 25 from the three-point line as they led by as many as 16 points in the second quarter until the Pacers poured in 61 points in the second half to pull away late. With the loss, Los Angeles dropped to 41-36 overall which is currently good for 10th place in the Western Conference.

The Spurs have certainly gone through their struggles during the regular season but they’re in a nice groove now and should be full of confidence after making light work of the league-leading Rockets on Sunday. The Clippers have been a little hit and miss lately and they will be kicking themselves after squandering a 16-point lead in their loss to the Pacers on Sunday. This could go either way, but the Spurs have already beaten the Clippers by double-digits twice this season and I’m expecting them to complete the season sweep here.