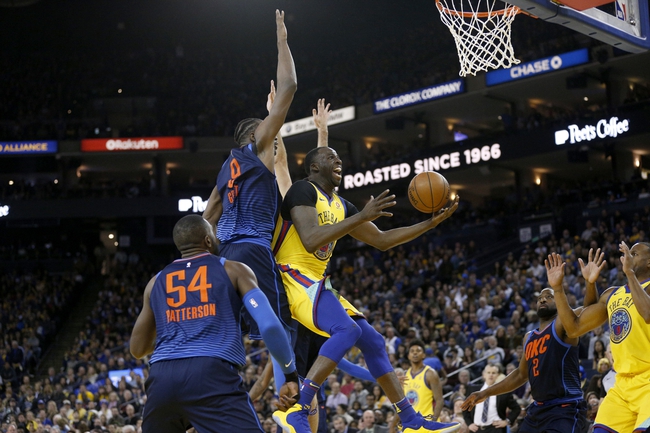 The Oklahoma City Thunder have won two of the three games against the Golden State Warriors this season, and it seems like that's when they play their best ball. Westbrook is super focused in matchups against his former teammate, and it seems like his role players follow his lead. OKC brings a certain type of energy to the building for these games and you see the Thunder play to their potential for once. The Golden State Warriors are as healthy as they've been in a while, but they're still without Curry, the one guy who makes them most scary. This game is also more important to OKC, as it would like home court in the first round of the playoffs. I'll lay the bucket.