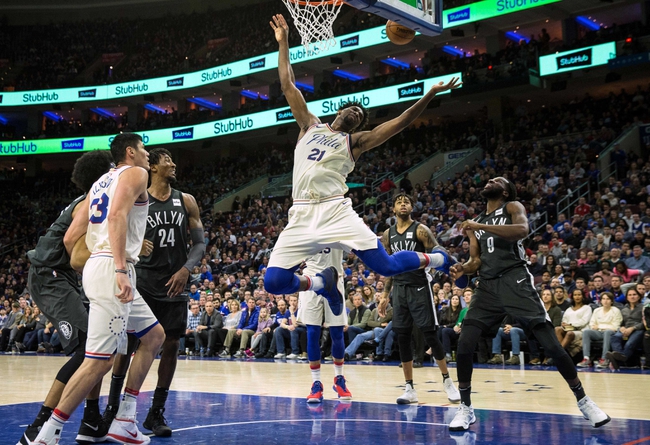 The Brooklyn Nets and Philadelphia 76ers meet Tuesday in NBA action at the Wells Fargo Center.

We continue to get these big numbers with the Brooklyn Nets, and they continue to cover games. In fact, the Nets are 13-5 ATS this season when an underdog of at least nine points. The Philadelphia 76ers are beating teams into the ground during this 10-game winning streak, but they're still without their best player, and when these teams met a couple of weeks ago, the Nets only lost by four points. The Nets are a scrappy bunch that doesn't win a lot but knows how to hang around. Give me the points.