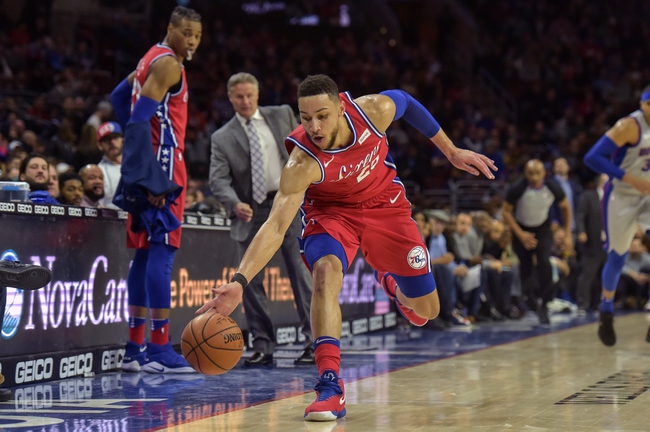 The Detroit Pistons play host to the Philadelphia 76ers at Little Caesars Arena on Wednesday night.

The Philadelphia 76ers have been in fine form as they’ve won 15 of their last 18 games and they will be gunning for a 12th straight win after making light work of the Nets in a 121-95 home win last night. JJ Redick led the team with 19 points, Marco Belinelli added 17 points off the bench while Ben Simmons racked up 15 points with 12 rebounds and six assists. As a team the 76ers shot 54 percent from the field and nine of 21 from the three-point line and on the defensive end, they held the Nets to just 42 percent shooting, outrebounded them by 56-36 while forcing a total of 18 turnovers. With the easy win, Philadelphia improved to 47-30 overall which is currently good for fourth place in the Eastern Conference standings.

Meanwhile, the Detroit Pistons have been in pretty good form themselves as they’ve won seven of their last eight games and they will be gunning for a sixth straight win after taking down the the Nets in a 108-96 road win on Sunday. Reggie Jackson led the team with 29 points on nine of 22 shootin, Stanley Johnson and Ish Smith each scored 17 points while Andre Drummond chipped in with 13 points and 14 rebounds. As a team, the Pistons shot 45 percent from the field and seven of 19 from the three-point line as they cruised to an easy win after dominating the first half by 62-48. Blake Griffin sat out his third straight game with a bone bruise on his right ankle and will be reevaluated in a week. With the win, Detroit improved to 37-40 overall and 13-26 on the road.

The 76ers will be aiming for the season sweep as they’ve already beaten the Pistons by three times this season and the last time they played it wasn’t even competitive as the 76ers won by 114-78. Sure, the Pistons have really hit a nice groove over the past couple of weeks but I’m not going to read too much into it as six of their last seven wins have come against lottery-bound teams. With that being said, the 76ers have been one of the hottest teams in the league lately and should be too good in this one.