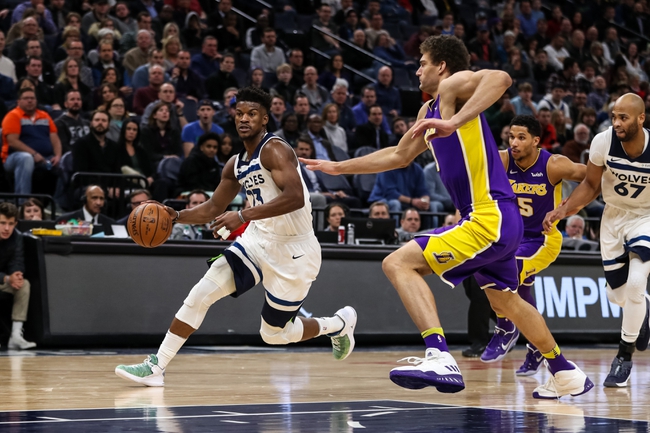 The Minnesota Timberwolves and Los Angeles Lakers meet Friday in NBA action at the Staples Center.

It's tough to turn down free point with the Lakers and the way they have played at home in the second half of the season. However, the Minnesota Timberwolves need this win if they're going to reach the postseason. There's no room for error with the Timberwolves, and they have won seven of the last 10 meetings against the Lakers. This game should also favor Minnesota considering both clubs like to push the pace and don't exactly play defense. Give me the team still playing for something at this point in the season.