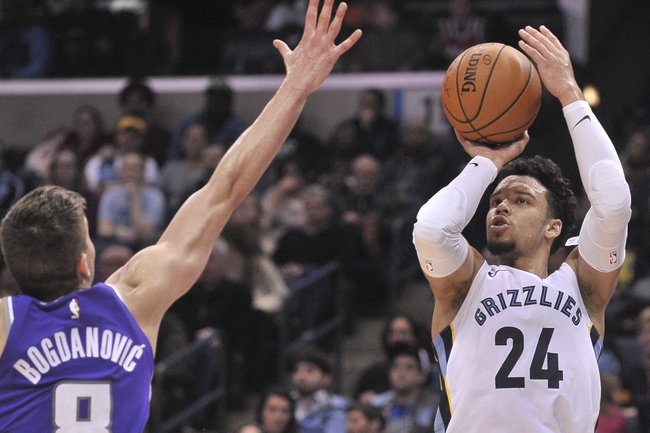 The Memphis Grizzlies play host to the Sacramento Kings at the FedExForum on Friday night.

The Sacramento Kings have lost seven of their last nine games and they will be hoping to bounce back after falling to the shorthanded Suns in a 97-94 road loss on Tuesday. Bogdan Bogdanovic led the team with 22 points and four assists, Justin Jackson added 19 points with eight rebounds and four assists while Willie Cauley-Stein chipped in with 14 points, nine rebounds and five assists. As a team, the Kings shot a miserable 37 percent from the field and 11 of 27 from the three-point line  but they actually had a shot to force overtime after trailing by as many as 12 points in the fourth quarter. With the loss, Sacramento dropped to 25-54 overall and 12-27 on the road.

Meanwhile, the Memphis Grizzlies have been in a real slump as they’ve lost 26 of their last 29 games and they will be hoping to snap a three-game skid after getting blown out by the Pelicans in a 123-954 road loss on Wednesday. MarShon Brooks led the team with 25 points and seven assists off the bench, Ivan Rabb added 16 points off the bench while Jarrell Martin chipped in with 15 points. As a team, the Kings shot just 39 percent from the field and 10 of 32 from the three-point line which was never going to be enough to keep up with the Pelicans who shot 52 percent from the field led by 30 points from E’Twaun Moore. JaMychal Green sat out the game with knee soreness while Marc Gasol finished scoreless after 20 minutes of action. With the loss, Memphis dropped to 21-57 overall and 6-33 on the road.

The Grizzlies have already beaten the Kings by exactly 18 points twice this season but that doesn’t count for much as you can barely recognize the Grizzlies’ starting lineup now. The Kings are 4-1 ATS in their last five road games and they almost pulled off the comeback against the Suns in their last outing, but I’m sticking with the Grizzlies who are 8-2 ATS in the last 10 meetings.