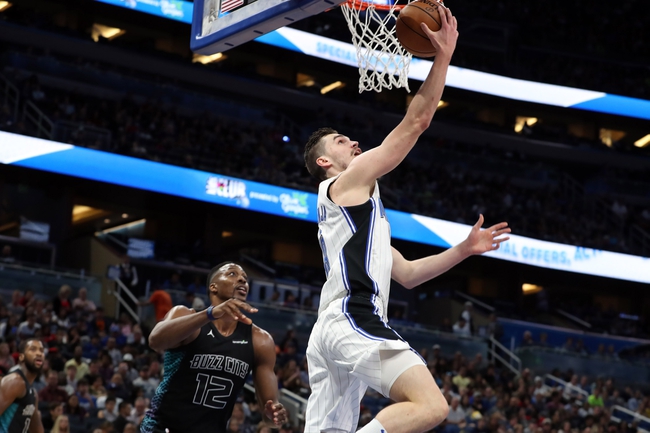 The Charlotte Hornets pay a visit to the Orlando Magic at the Amway Center on Friday night.

The Charlotte Hornets have been in a funk lately as they’ve lost four in a row and they will be hoping to bounce back after falling to the lowly Bulls in a 120-114 road loss on Tuesday. Dwight Howard led the team with 23 points, 17 rebounds and three assists, Malik Monk drained five 3-pointers to finish with 21 points off the bench while Marvin Williams chipped in with 18 points, eight rebounds and four assists. As a team, the Hornets shot 49 percent from the field and 13 of 34 from the three-point line but they kept shooting themselves in the foot with live turnovers which led to easy baskets, particularly in the second half. With the loss, Charlotte dropped to 34-45 overall and 13-26 on the road.

Meanwhile, the Orlando Magic have lost 11 of their last 15 games but they will be gunning for a third straight win after sneaking past the Mavericks in a 105-100 home win on Wednesday. Aaron Gordon led the team with 20 points, Jamel Artis added a career-high 18 points off the bench while Bismack Biyombo racked up 12 points with 12 rebounds and five assists. As a team, the Magic shot 45 percent from the field and just eight of 29 from the three-point line but their bench was the difference in the fourth quarter as they edged out the shorthanded Mavericks who were missing four of their usual starters. With the win, Orlando improved to 24-54 overall and 16-23 at home.

The Hornets have already beaten the Magic three times this season, but it hasn't been completely one-sided as each of those games were decided by 10 points or less. The Magic have been in a slump but they are coming into this game fresh off a win over the Mavericks which would be positive news if the Mavericks weren't missing just about their entire starting lineup. You really couldn't back either team with confidence the way they've been playing, but the Hornets own a clear edge in the betting trends as they are 7-1 ATS in the last eight meetings and 11-3 ATS in the last 14 meetings in Orlando so that's where I'm leaning in this one.