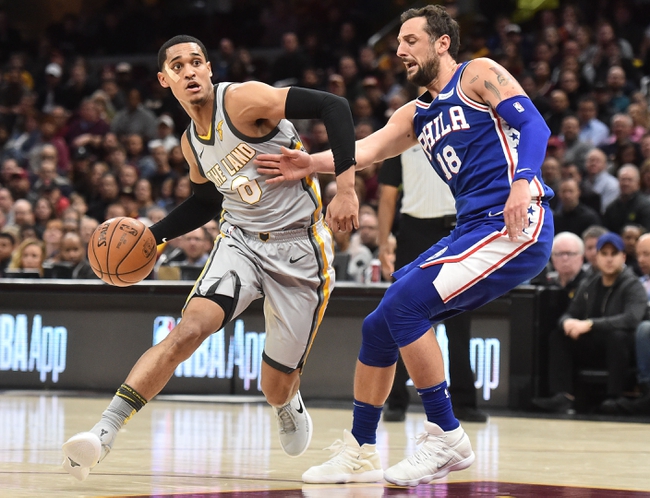 The Cleveland Cavaliers and Philadelphia 76ers meet Friday in NBA action at the Wells Fargo Center.

The Cleveland Cavaliers spent a lot of energy coming back last night to beat the Washington Wizards, and these are usually spots where LeBron and others take a game off on the end of a back to back with the season coming to an end. The Philadelphia 76ers beat the Cavs in the last meeting and are a tough team at home where they're shooting 47.4 percent from the field and outscoring teams by 8.1 points. The last thing you want to do on the end of a back to back is play these young guys who want to push the pace. I'll lay the bucket with the 76ers at home.