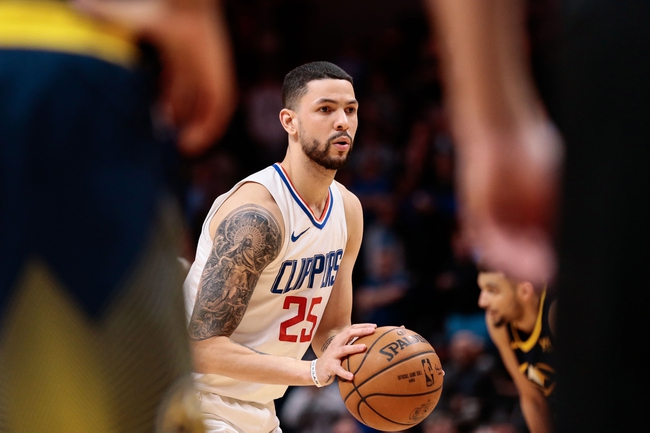 The Denver Nuggets pay a visit to the Los Angeles Clippers at the STAPLES Center on Saturday afternoon.

The Denver Nuggets have been in fine form as they’ve won six of their last eight games and they will be gunning for a fifth straight win after sneaking past the Timberwolves in a hard-fought 100-96 home win on Thursday. Jamal Murray led the team with 22 points, Devin Harris added 20 points off the bench while Nikola Jokic flirted with a triple-double as he scored 16 points with 14 rebounds and nine assists. As a team, the Nuggets shot 39 percent from the field and 11 of 36 from the three-point line as they battled all the way until the third quarter where they outscored the Timberwolves by 28-18. It wasn’t easy, but the Nuggets really needed this win to improve to 44-35 overall which is currently good for ninth place in the Western Conference standings.

Meanwhile, the Los Angeles Clippers have been in a minor slump as they’ve lost three of their last four games and they will be hoping to bounce back after getting routed by the Jazz in a 117-95 road loss on Thursday. Austin Rivers led the team with 19 points, Montrezl Harrell chipped in with 17 points off the bench while Lou Williams scored just 12 points on three of 12 shooting. As a team, the Clippers shot 44 percent from the field and a miserable three of 17 from the three-point line as they were completely outplayed by the Jazz for three quarters, falling behind by as many as 30 points. With the loss, LA dropped to 42-37 overall and 20-21 on the road.

The Clippers are slight favorites at home which isn’t a surprise but they’ve been in a bit of a funk and are coming up against a Nuggets team desperate for a win to stay in the playoff picture. Yes, the Nuggets aren’t the best road team and they are just 0-4 ATS in their last four meetings in Los Angeles, but they are 4-1 ATS in their last five road games overall and I think they get the job done with so much on the line.