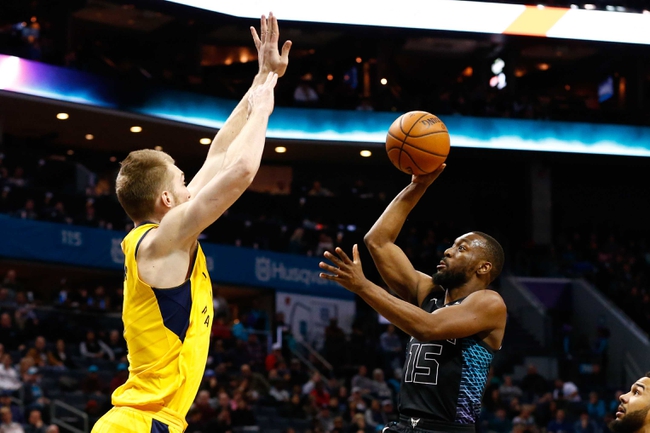 The Indiana Pacers and the Charlotte Hornets duke it out at the Spectrum Center on Sunday afternoon.

The Indiana Pacers have been in great form as they’ve won six of their last eight games but they will be looking to bounce back after falling to the Raptors in a 92-73 road loss on Friday. Glen Robinson led the team in scoring with 12 points while Trevor Booker chipped in with 11 points but no other player scored more than eight points. As a team, the Pacers shot a miserable 29 percent from the field and seven of 21 from the three-point as they came out flat and could never get going coming off the highs of Thursday’s big win over the Warriors. With the loss, Indiana dropped to 47-33 overall which is good for fifth place in the Eastern Conference standings.

Meanwhile, the Charlotte Hornets have been in a bit of a funk but they will be feeling much better after snapping a four-game skid with a 137-100 win at Orlando on Friday. Malik Monk led the team with 26 points and eight assists off the bench, Frank Kaminsky added 21 points while Dwight Howard added 16 points with 17 rebounds and four blocks. As a team, the Hornets shot a healthy 55 percent from the field and 17 of 31 from the three-point line as they set the tone with 43 points in the first quarter before putting the game out of reach by halftime. With the easy win, Charlotte improved to 34-45 overall and 14-26 on the road.

The Pacers have been playing great basketball as they completed the season sweep of the Warriors on Thursday before getting trounced the following night which makes you wonder about their intentions for the last two games of the regular season since they’re basically locked into the fifth seed. The Hornets weren’t playing very well at all before exploding against the Magic on Friday and they could certainly make it two in a row if the bench comes up big again. You could make an argument for either side here, but the betting trends heavily favour the Hornets at home in this one.