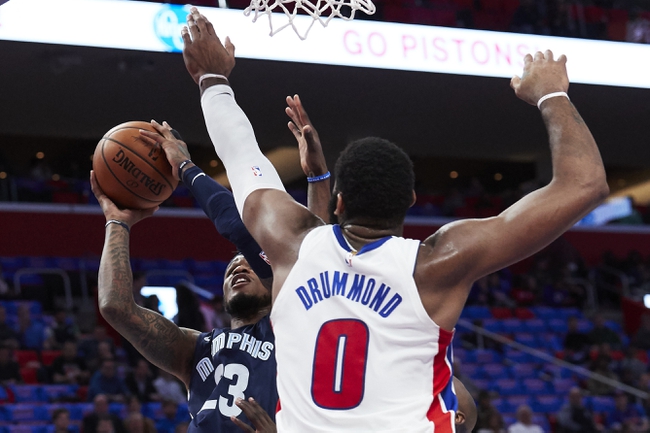 The Memphis Grizzlies play host to the Detroit Pistons at the FedExForum on Sunday afternoon.

The Detroit Pistons have been in great form lately as they’ve won eight of their last 10 games and they will be looking to stay hot after taking down the Mavericks in a 113-106 overtime win on Friday. Reggie Jackson led the team with 24 points and seven assists, Andre Drummond added 19 points with 16 rebounds and five assists while Anthony Tolliver chipped in with 16 points. As a team, the Pistons shot 50 percent from the field and 12 of 30 from the three-point line as they regrouped to win comfortably in overtime after the Mavericks tied the game with a three with just 11.8 seconds left on the clock. With the win, Detroit improved to 38-41 overall and 25-15 at home.

Meanwhile, the Memphis Grizzlies have been in a real slump as they’ve lost 27 of their last 30 games and they will be hoping to snap a four-game skid after falling to the Kings in a 94-93 loss on Friday. MarShon Brooks has been on a nice scoring run and he led the team with 23 points on 11 of 20 shooting, Dillon Brooks added 16 points with six assists while Ivan Rabb chipped in with 12 points, 11 rebounds and four assists. As a team, the Grizzlies shot 44 percent from the field and just six of 24 from the three-point line as they fell just short after trailing by as many as 12 points midway through the fourth quarter. With the loss, Memphis dropped to 21-58 overall and 15-25 at home.

These two teams have met just once this season and it resulted in a 104-102 win to the Pistons back on Feb 1 and there’s no doubt that the Pistons have opened as favorites given that they’re 5-0 ATS in their last five road games and 9-1 ATS in their last 10 games overall. I’m keeping it simple and sticking with the Pistons to stay hot with another win and cover here.