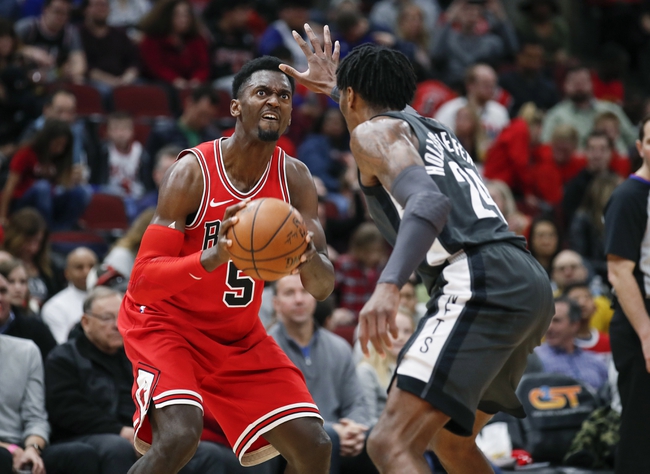 The Chicago Bulls and Brooklyn Nets meet Monday in NBA action at the Barclays Center.

The Brooklyn Nets just smoked the Chicago Bulls by 28 points on the road a couple of days ago and have outscored them by a combined 45 points in the last two meetings. The Bulls are being outscored by 9.5 points on the road this season and are clearly a team that's ready for the offseason to get here. The Brooklyn Nets have been favored by six or more points just once this season, but they have a chance at three straight wins for the first time this season and are shooting the ball well currently. I'll take the Nets in another blowout victory.