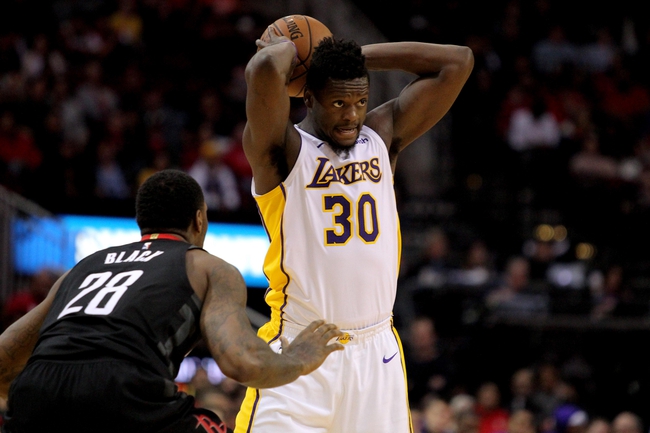 The Houston Rockets pay a visit to the STAPLES Center to battle the Los Angeles Lakers on Tuesday night.

The Houston Rockets have been in great form as they’ve won 13 of their last 15 games but they will be looking to bounce back from Saturday’s 108-102 loss to the Thunder. James Harden led the team with 26 points and nine assists, Chris Paul added 17 points with nine assists while PJ Tucker chipped in with 16 points and 10 rebounds. As a team, the Rockets shot 47 percent from the field and 14 of 37 from the three-point line but they just couldn’t find their offense in the second half, especially in the final 7:08 of the fourth quarter where they managed just 10 points. With the loss, Houston dropped to 64-16 overall which is good for the top seed.

Meanwhile, the Los Angeles Lakers have been in a real slump lately as they’ve lost five of their last six games and they will be hoping to avoid a third straight defeat after getting routed by the Jazz in a 112-97 loss on Sunday. Josh Hart led the team with 25 points on 10 of 18 shooting, Tyler Ennis added 22 points while Julius Randle chipped in with 17 points but no other player scored more than eight points. As a team, the Lakers shot just 39 percent from the field and five of 25 from the three-point line but they were poor on defense, particularly against the Jazz’s Joe Ingles who scored 22 points with 10 assists on nine of 12 shooting. With the loss, Los Angeles dropped to 34-46 overall and 20-20 at home.

The Rockets were the hottest team in the league for a long while there, but they’ve cooled off a bit with a couple of losses in their last four outings. However, the Rockets haven’t been fading near as much as the Lakers who have lost three of their last four games by 15 points or more. The betting trends are heavily in favor of the Rockets who are 7-1 ATS in the last eight meetings in Los Angeles and 12-4 ATS in the last 16 meetings overall. Anything can happen at this late stage of the season as the Rockets could choose to rest any player, but I’m still sticking with the better team here.