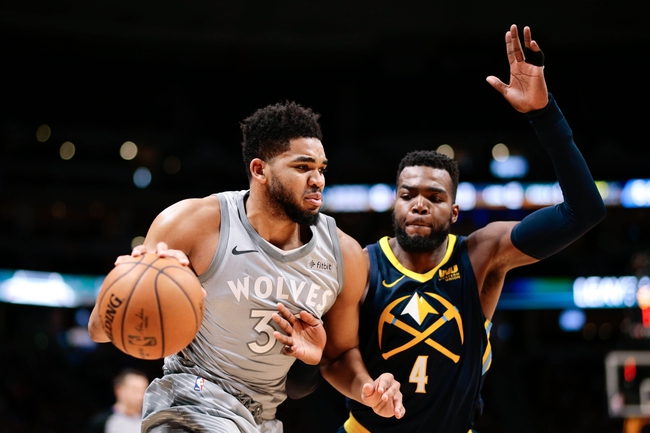 The Denver Nuggets and the Minnesota Timberwolves duke it out for a ticket to the playoffs at the Target Center on Wednesday night.

The Denver Nuggets have been on a nice run as they’ve won eight of their last 10 games and they will be looking to cap off the regular season with their seventh straight win after sneaking past the Trailblazers in an 88-82 win on Monday. Will Barton led the team in scoring with 22 points, Nikola Jokic racked up a triple-double of 15 points with 20 rebounds and 11 assists, while Jamal Murray chipped in with 12 points. As a team, the Nuggets shot just 37 percent from the field and six of 26 from the three-point line but their defense was great in the second half, particularly in the fourth quarter where they held the Trailblazers to just 13 points. With the win, Denver improved to 46-35 overall which is good for ninth place in the Western Conference standings with a tied record with Minnesota.

Meanwhile, the Minnesota Timberwolves have split their last 16 games and they will be aiming for a third straight win after making light work of the slumping Grizzlies in a 113-94 win on Monday. Karl-Anthony Towns led the team with 24 points on 11 of 14 shooting while grabbing 18 rebounds, Jeff Teague added 24 points with eight assists while Jimmy Butler chipped in with 15 points and three assists. As a team, the Timberwolves shot 48 percent from the field and seven of 22 from the three-point line as they started slow against the Grizzlies but recovered to make it look easy in the second half where they outscored the Grizzlies by 57-41. With the win, Minnesota holds onto the eighth spot in the Western Conference standings.

The Nuggets have been playing some great basketball lately with Jokic filling up the stat sheets and they need this win to keep their season alive, so you’ll know they’ll be ready. However, the Timberwolves have found a bit of form over their last two games resulting in double-digit wins over the Lakers and the Grizzlies. The Nuggets are 20-5-1 ATS in the last 26 meetings in Minnesota and with so much on the line, I think the Nuggets can pull off the upset here.