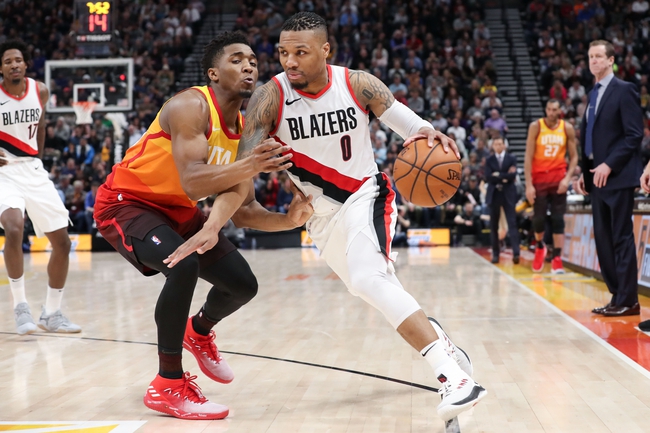 The Utah Jazz and Portland Trail Blazers meet Wednesday in NBA action at the Moda Center.

It almost seems foolish to turn down free points with the Utah Jazz given how well they've played in the second half and the fact they've only lost one road game since January 24. However, the Jazz did play last night and this game is for the No. 3 seed in the West. The Portland Trail Blazers have been in a bit of a slump, but they're very good at home where they've won 11 of their last 13 and are averaging 106.9 points this season. The Trail Blazers also blew the doors off the Jazz the last time they met, winning by 19 points and forcing 19 turnovers. In a big game with a lot on the line, I want the team that's at home and rested. I'll eat the bucket.