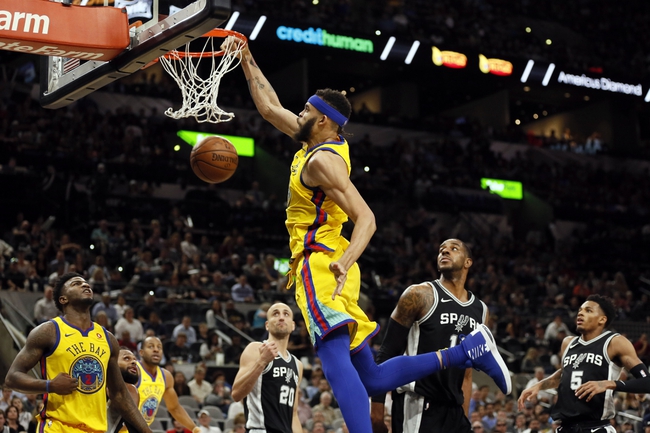 The San Antonio Spurs and Golden State Warriors meet Saturday in game one of the first round of the NBA playoffs at the Oracle Arena.

Playoffs are different and the Golden State Warriors actually have something to play for now, but I'm not sure how anybody can lay big chalk with how they finished the regular season. The Warriors were outscored by nine points in their last five games and allowed 48.6 percent shooting. The San Antonio Spurs are always well coached, are tough to count of this time of year and actually beat Golden State by 14 points about a month ago. Give me the Spurs and the points as a fade from the Warriors.