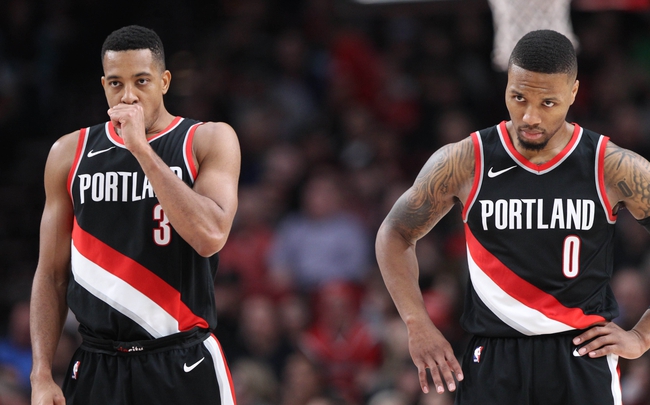 The New Orleans Pelicans and the Portland Trailblazers duke it out in Game 1 at the Moda Center on Saturday night.

The New Orleans Pelicans are heading into the playoffs with plenty of momentum after capping off the regular season with five straight wins to finish with a 48-34 record, good for the sixth seed in the Western Conference. With DeMarcus Cousins going down midway through the season, Anthony Davis picked up the slack and finished with averages of 28.1 points, 11.1 rebounds, 2.3 assists and 2.5 blocks per game, Jrue Holiday averaged 25.2 points and 6.0 assists while Rajon Rondo finished with averages of 8.3 points, 4.0 rebounds and 8.2 assists per game. As a team, the Pelicans averaged 111.7 points per game while shooting 48.3 percent from the field and 36.2 percent from the three-point line.

Meanwhile, the Portland Trailblazers had themselves a great season but they won’t be too excited about their preparation as they lost four of their last five games to cap off the regular season and finish with a record of 49-33 overall. Damian Lillard led the team with averages of 26.9 points, 4.5 rebounds and 6.6 assists per game, CJ McCollum averaged 21.4 points, 4.0 rebounds and 3.4 assists while Jusuf Nurkic averaged 14.3 points, 9.0 rebounds and 1.4 blocks per game. As a team, the Trailblazers averaged 105.6 points per game, 45.5 rebounds while shooting 36.6 percent from the three-point line.

These two teams split four meetings this season by an average of just 6.7 points so I wouldn’t be at all surprised if this series went to seven games. The Pelicans obviously aren’t at full strength with Cousins out, but they’ve fared well without him for a while now and are coming into the playoffs with plenty of momentum. With that being said, I still have the Trailblazers coming out on top, but I think the value is with the Pelicans and the points in this one.

The pick in this article is the opinion of the writer, not a Sports Chat Place site consensus.
Previous Pick
Philadelphia 76ers vs. Miami Heat - 4/14/18 NBA Pick, Odds, and Prediction
Next Pick
2018 NBA Playoffs: Position-By-Position Breakdown Of Toronto Raptors-Washington Wizards