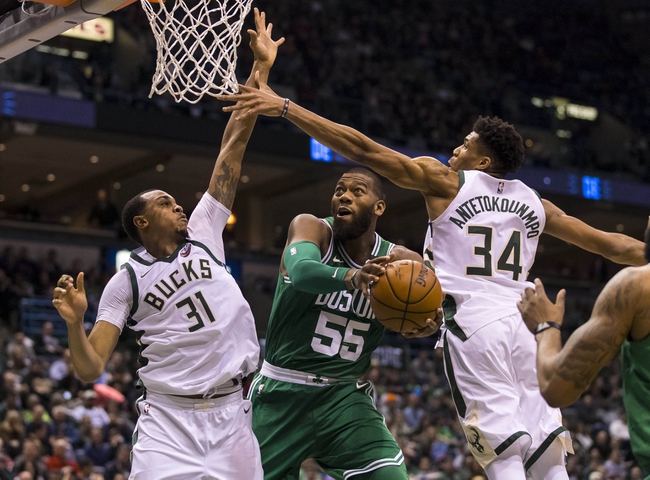 The Milwaukee Bucks and Boston Celtics meet Sunday in game one of the first round of the NBA playoffs at the TD Garden.

I'm interested to see how these Celtics do in the playoffs without Kyrie Irving. The regular season is one thing, but now you're asking kids to lead you to a series victory, as Brown, Tatum and others aren't seasoned vets used to this style of play. The Milwaukee Bucks have the length to frustrate the hell out of any team, but they've played bad basketball pretty much all season long, aren't getting stops defensively and are being outscored by 1.6 points on the road this season. The TD Garden is also nasty come playoff time. I'll eat the small chalk with the home team.