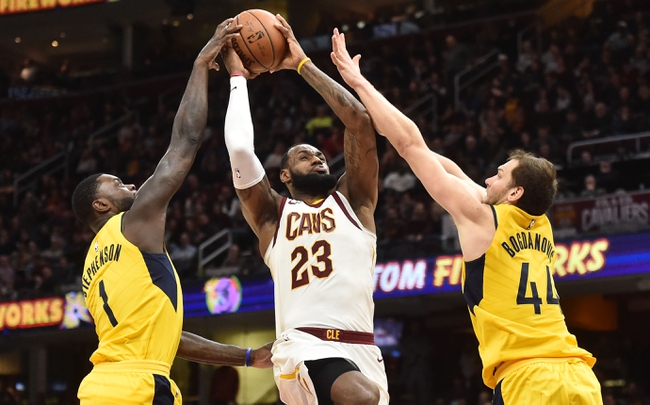 The Indiana Pacers and Cleveland Cavaliers meet Sunday in game one of the first round of the NBA playoffs at the Quicken Loans Arena.

The Indiana Pacers are a fiesty basketball team that scraps it out on both ends of the floor and has won three of the last four meetings against the Cleveland Cavaliers. We know LeBron is a different player come postseason basketball, and he usually can carry his team as well, but I'm still not high on these guys and the lack of defense isn't something you fix overnight. The Indiana Pacers have a team full of roughriders and won't enter this series intimated one bit. There's value with the points here.

The pick in this article is the opinion of the writer, not a Sports Chat Place site consensus.
Previous Pick
2018 NBA Playoffs: Position-By-Position Breakdown Of Toronto Raptors-Washington Wizards
Next Pick
Oklahoma City Thunder vs. Utah Jazz - 4/15/18 NBA Pick, Odds, and Prediction