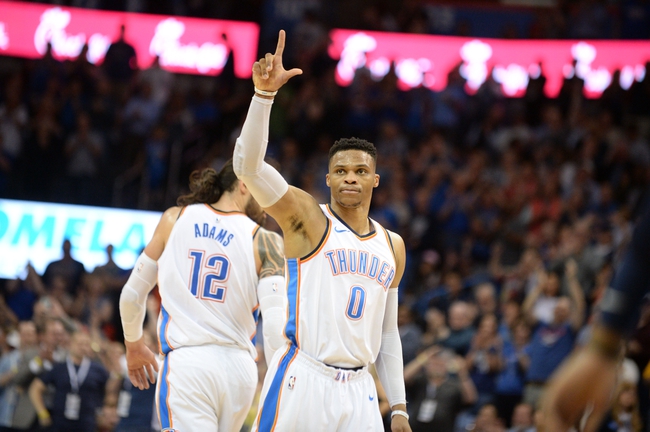 The Utah Jazz and Oklahoma City Thunder meet Sunday in game one of the first round of the NBA playoffs at the Chesapeake Energy Arena.

This is going to be a tight series where the home team could truly win every game. We know the Utah Jazz are on fire, the most consistent team in the second half, don't lose on the road and are outscoring teams by 15 points in their last five games. The Oklahoma City Thunder are inconsistent as all hell, tough to figure out, but they did finish the season strong and earned home court in the first round. Playoff time is usually when stars show up, and even though OKC doesn't play to its potential often, they're not short on stars. This could be the moment when things start to click. Winning in OKC playoff time also isn't easy, as that college like crowd gets nasty. I'll lay the bucket with the Thunder.