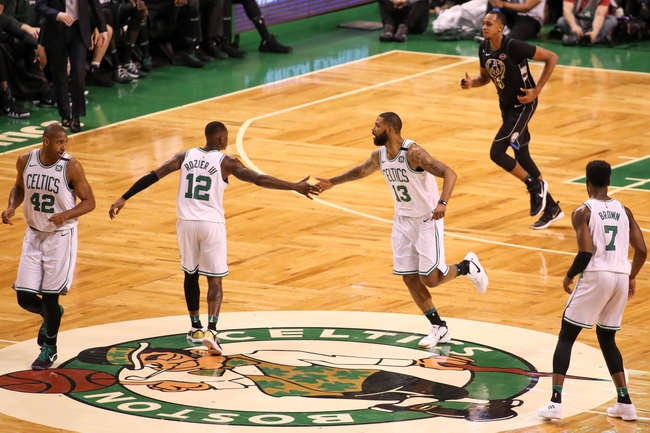 The Milwaukee Bucks and Boston Celtics meet Tuesday in game two of the first round of the NBA playoffs at the TD Garden.

The Milwaukee Bucks shot 48.2 percent from the field while the Celtics shot 41.5 percent, and they still lost. Yes, the Bucks can clean up the 20 turnovers and certainly defend the three-ball better, but that's a game the Bucks should still win. The fact they didn't doesn't bode well moving forward. When you have a chance to steal a road playoff game, you do it. There's a good chance that opportunity doesn't come again, especially in the TD Garden. The Bucks lack the scoring depth to beat good teams consistently, and you really can't ask for better play from Antetokounmpo and Middleton. The Celtics are a scrappy, deep team that finds ways to win, and they showed that Sunday afternoon. I'll lay the bucket with the home team yet again.