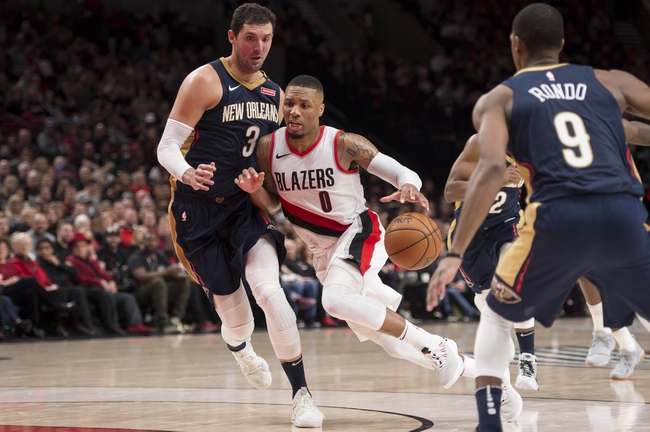 The New Orleans Pelicans look to take a 2-0 series lead against the Portland Trailblazers in Game 2 at the Moda Center on Tuesday night.

The New Orleans Pelicans reeled off five straight wins to cap off the regular season and stayed hot with a 97-95 win over the Trailblazers in Game 1 on Saturday. Anthony Davis led the team with 35 points with 14 rebounds and four blocks, Jrue Holiday added 21 points, Nikola Mirotic scored 16 points with 11 rebounds and four blocks while Rajon Rondo chipped in with six points and 17 assists. As a team, the Pelicans shot 47 percent from the field and eight of 24 from the three-point line as they dominated the game for most of the night to lead by as many as 19 points before the Trailblazers made the game interesting by cutting the 19-point lead to just one point with 59 seconds left on the clock.

Meanwhile, the Portland Trailblazers lost four of their last five games of the regular season and they came out flat which meant they were always trailing the red-hot Pelicans. CJ McCollum led the team with 19 points, Damian Lillard added 18 points with seven assists but shot just six of 23 from the field whie Evan Turner chipped in with 13 points. As a team, the Trailblazers shot just 37 percent from the field and 12 of 39 from the three-point line but they just left their run a little too late after allowing the Pelicans’ pick and roll to carve them up for three quarters. The Blazers will be feeling like they missed a real chance to hold onto home court advantage but they will be take confidence from their play in the fourth quarter.

The Pelicans opened up as slight underdogs in the opening game of the series and they came through as the combination of Holiday and Davis played a big role in the team taking such a big lead. The Trailblazers will be kicking themselves after losing the series opener but they really started to turn it on late in the game which was almost enough to pull off the comeback, even with Lillard suffering a terrible shooting night. The pelicans played great to take the first game but I think the Trailblazers make the proper adjustments and bounce back with a big win to level the series.