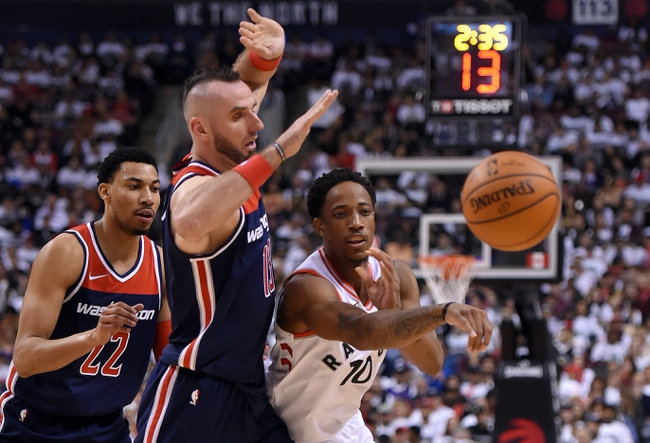 The Washington Wizards and Toronto Raptors meet Tuesday in game two of the first round of the NBA playoffs at the Air Canada Centre.

The Washington Wizards were in that game until the very end and it actually felt like they had chances to steal it at times, as they had several big leads. The problem is when you have a chance to steal a road game in the playoffs, you have to do it, as there's a good chance you're not getting that chance again. The Washington Wizards are the worst team in the playoff field to me and aren't playing good basketball heading into the playoffs. The Wizards lack depth to hang with the top tier teams, and I question if Morris will be able to score 22 again or if Mike Scott can chip in 14 off the bench. The Wizards blew a chance to make this series intresting, and the Raptors have the ability to take their game to another level, especially defensively. I'll eat the chalk.