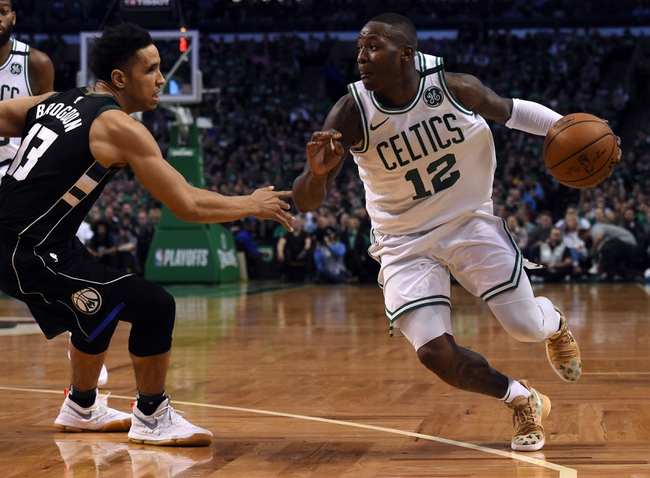 The series shifts to the Bradley Center where the Milwaukee Bucks play host to the Boston Celtics in Game 3 on Friday.

The Milwaukee Bucks will be looking to bounce back after getting outplayed by the Celtics in a disappointing 120-106 loss in Game 2. Giannis Antetokounmpo led the team with 30 points, nine rebounds and eight assists, Khris Middleton added 25 points on 10 of 14 shooting while John Henson and Eric Bledsoe each scored 12 points. As a team, the Bucks shot a healthy 59 percent from the field and seven of 17 from the three-point line but there just wasn’t enough scoring help to support Antetokounmpo and Middleton who combined to shoot an impressive 23 of 31 from the field. The Bucks were sloppy in the first quarter to find themselves trailing by double digits early and they just had no answer for Celtics’ ball movement in the second half. The Bucks simply need other role players to step up and I’m looking at Tony Snell who finished with just two points in 22 minutes of action in the starting lineup, Jabari Parker who finished scoreless and Malcolm Brogdon who scored 10 points despite being restricted to just 19 minutes.

Meanwhile, the Boston Celtics will be full of confidence after taking a commanding 2-0 series lead and holding onto home-court advantage in Game 2. Jaylen Brown led the team with a career-high 30 points on 12 of 22 shooting, Terry Rozier added 23 points and eight assists, Al Horford scored 16 points with four assists while Marcus Morris chippedin with 18 points off the bench. As a team, the Celtics shot 53 percent from the field and 13 of 31 from the three-point line and on the defensive end they were able to force 15 turnovers which led to 21 points. Overall, it was a pretty comprehensive win for the Celtics who were clearly the more desperate team from the tipoff, so it’s up to the Bucks to respond.

The Celtics stormed out of the gates in Game 2 and really set the tone early, but we should expect the Bucks to come out firing in their first home game of the playoffs. There’s no doubt that the shorthanded Celtics have been the better team in this series so far and it’s hard to ignore the betting trends as the Celtics are 5-0 ATS in the last five meetings. I do think the Bucks take a stand with a win in this one, but I think this one will be close all the way, so I’m taking the Celtics with the points here.