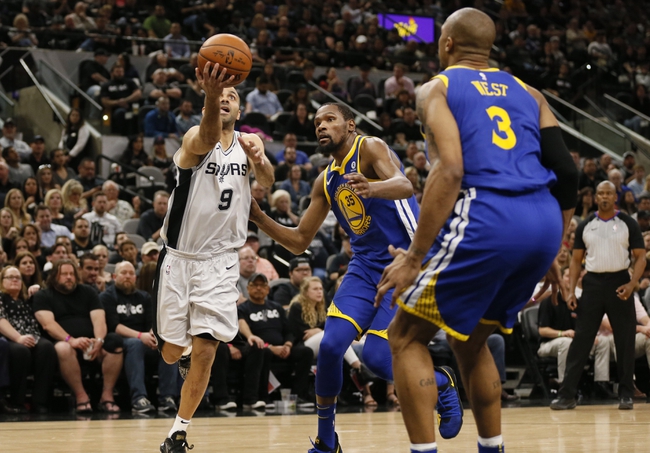 The Golden State Warriors and San Antonio Spurs meet Sunday in game four of the first round of the NBA playoffs at the AT&T Center.

The San Antonio Spurs have hung around in all three games before running out of gas in the second half and losing by double digits. The Golden State Warriors have too much depth and too much firepower, and the Spurs are often LaMarcus Aldridge or bust offensively, which isn't going to get you far. The Spurs simply look like a team that's ready for the season to end, as they know they're outmatched, and it doesn't help with the personal issues going on with coach Gregg Popovich, as well as the ongoing Kawhi Leonard saga. The Spurs need this season to end so they can regroup. The Golden State Warriors are an experienced championship team that knows rest and playing the fewest games possible is important. The Warriors end this thing and win rather easily yet again.