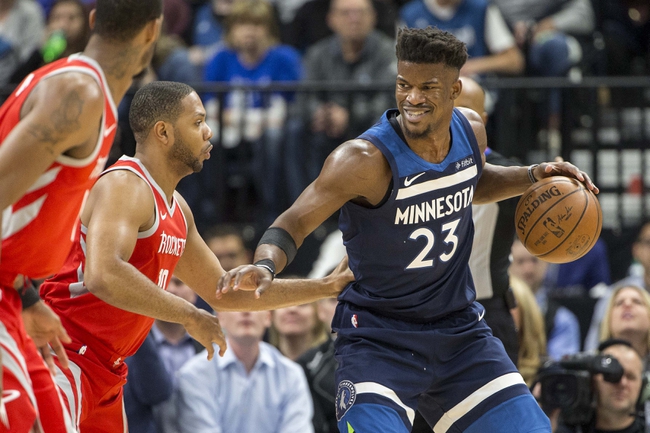 The Minnesota Timberwolves look to level the series against the Houston Rockets in Game 4 at the Target Center on Monday.

The Houston Rockets would have been so confident after taking care of business in the first two games of the series but Game 3 was a different story as the Rockets lost by 121-105. James Harden led the team with 29 points with seven rebounds and seven assists, Chris Paul added 17 points with six assists before fouling out while Eric Gordon chipped in with 15 points off the bench. As a team, the Rockets shot 45 percent from the field and 15 of 41 from the three-point line but they let themselves down defensively, particularly in the second half where they were outscored by 69-54. The Rockets need more production from Clint Capela who scored just seven points and Gordon who shot just five of 16 from the field, but the overall problem was the lack of pace in the offense as they played passively and allowed the Timberwolves to dictate the tempo.

Meanwhile, the Minnesota Timberwolves looked pretty hopeless at times in the first two games of the series but they took a stand with an impressive effort in Game 3. Jimmy Butler led from the front with 28 points, seven rebounds and five assists, Jeff Teague added 23 points with eight assists, Andrew Wiggins added 20 points while Karl-Anthony Towns filled the stat sheet with 18 points, 16 rebounds and three assists. Even Derrick Rose had a great night as he turned back to clock to finish with 17 points in just 21 minutes off the bench. As a team, the Timberwolves shot 50 percent from the field and 15 of 27 from the three-point line but this win was all about effort and desperation and it was clear that the Timberwolves simply needed the win more.

It’s funny how one game can completely change a playoff series as the Rockets would’ve had one eye on the next round after winning so easily in Games 1 and 2. Now, it’s the Timberwolves who have all the momentum as their role players stepped up big in the pivotal Game 3 victory, so it’ll be interesting to see if they can earn another win against the Rockets who have won 20 of the last 23 meetings. The Timberwolves are all but dead if they fall behind 3-1 in the series so this is basically a must-win game for them. The Rockets are 0-5 ATS in their last five road games while the Timberwolves are 3-1-1 ATS in their last five home games and I expect those trends to continue here.