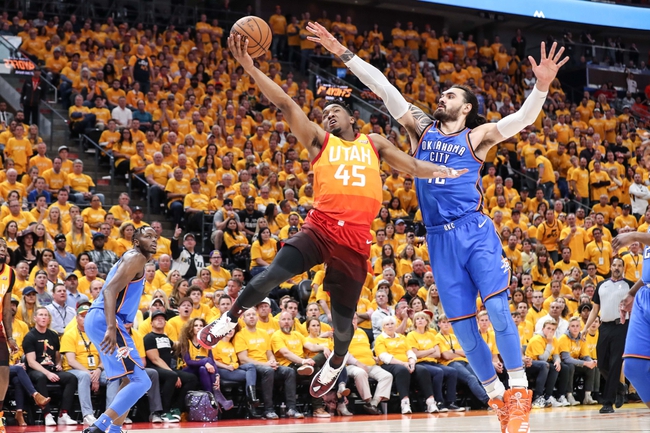 The Oklahoma City Thunder and Utah Jazz meet Monday in game four of the first round of the NBA playoffs at the Vivint Smart Home Arena.

The Utah Jazz have everything going for them right now, as the offense is clicking, the defense is forcing tough shots and the crowd is as loud as we've heard it in years. The Oklahoma City Thunder continue to be one of the more inconsistent teams in the league and constantly have these stretches where they completely fall apart. We saw it in game three were OKC blew a big double-digit lead in the matter of minutes. There's good reason to buy all the stock you can with the Jazz. However, in terms of this game, I like the value of the points. This is pretty much a do-or-die game for OKC, as you can't expect to win this series going down 1-3. Despite the loss in game three, the Thunder still made 14 threes and shot a healthy 47.4 percent from the field. If turnovers are cleaned up, OKC has to like its chances to get things under control. I expect a cleaner game from Westbrook and for the stars to show up in a big moment. This game should come down to the wire, and I want free points in my pocket.