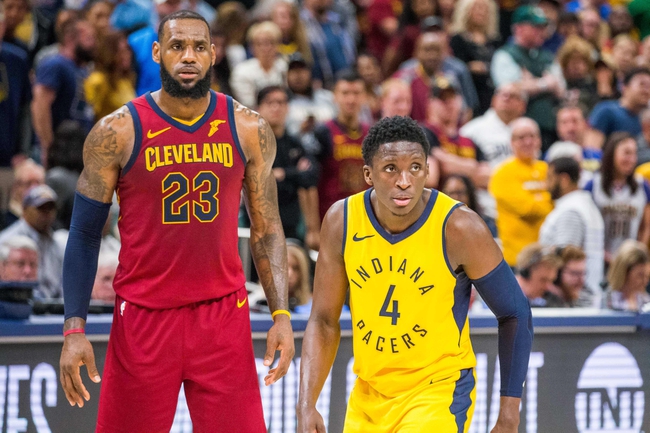 The Cleveland Cavaliers look to take the series lead against the Indiana Pacers at the Quicken Loans Arena in Game 5 on Wednesday.

The Cleveland Cavaliers were able to regroup after the big loss in Game 1 and they’re now back in control after squaring the series with a 104-100 win in Game 4. LeBron James led the way with 32 points, 13 rebounds and seven assists, Kyle Korver added 18 points while JR Smith and Jordan Clarkson each scored 12 points. As a team, the Cavaliers shot 44 percent from the field and 12 of 34 from the three-point line but it was a physical, closely contested game throughout until Korver and Lebron combined in a decisive 10-2 run for the Cavaliers late in the fourth quarter. Kevin Love had a forgettable game as he scored just five points on two of 10 shooting, but overall it was a satisfying win for the Cavaliers who now reclaim home-court advantage.

Meanwhile, the Indiana Pacers will be kicking themselves as they missed a real opportunity to go ahead 3-1 in the series. Domantas Sabonis led the team in scoring with 19 points on nine of 12 shooting off the bench, Myles Turner added 17 points on seven of nine shooting while Darren Collison chipped in with 12 points and eight assists. As a team, the Pacers shot just 43 percent from the field and 12 of 33 from the three-point line but in a real close game, they could’ve done with more help from Victor Oladipo who finished with 17 points on five of 20 and Bojan Bogdanovic who scored just 10 points on four of 13 shooting. As a team, the Pacers missed a bunch of shots they usually make but it was their defensive mistakes that really cost them as they let Korver loose late in the fourth quarter and he burned them twice.

The Cavaliers will be feeling like they got away with something as they’re suddenly back in the driver’s seat after getting blown out by the Pacers in Game 1. LeBron continues to carry the majority of the scoring load but he got just enough help from the veteran Korver late in Game 4 to level the series. With the series back in Cleveland, I expect the Cavaliers’ role players to step up, especially Love who was a non-factor on Sunday. The Pacers are certainly capable of the upset but I think this series is going seven games, so I’m taking the Cavaliers to hold serve at home in this one.